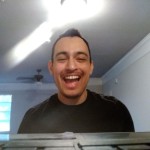 The Line of Best Fit

how i’m feeling now contains a different sort of thrilling delirium. It’s fun and sometimes silly, made on the fly and under a tight deadline. –Kaelen Bell (Exclaim!)

Charli starts and ends with hard disorienting club bangers, leaving the middle of the album space to expose her tenderness and vulnerability while still retaining her futuristic, unpredictable sound and penchant for an irresistible pop hook. –Megan Warrender (Clash Music)

While it may not be the proper sequel to the ambitious Charli, how i’m feeling now’s rawness and immediacy give it an appeal all its own. –Heather Phares (AllMusic)

Wholly a spontaneous offering, entirely DIY in production, and made from the creative confines of whatever was available to the singer in self-isolation; Charli XCX has proved that music really can be made anywhere, with anything, during a period where the world is on pause, and still sounds like the future is hers to play with. –Malvika Padin (The Line of Best Fit)

Written and recorded from scratch over the past six weeks, this album is a high-voltage assault on the senses –Alexandra Pollard (The Independent)